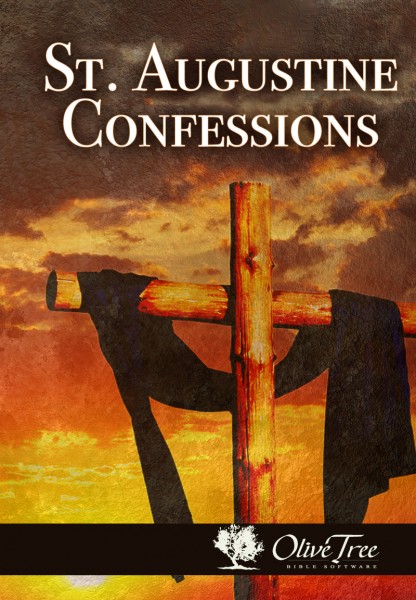 In The Confessions, Saint Augustine addressed himself eloquently and passionately to the enduring spiritual questions that have stirred the minds and hearts of thoughtful men since time began. Written A.D. 397, The Confessions are a history of the young Augustine's fierce struggle to overcome his profligate ways and achieve a life of spiritual grace.

The first ten books of the work relate the story of Augustine's childhood in Numidia; his licentious and riotous youth and early manhood in Carthage, Rome, and Milan; his continuous struggle with evil; his attempts to find an anchor for his faith among the Manicheans and the Neoplatonists; the untiring efforts of his mother, Saint Monnica, to save him from self-destruction; and his ultimate conversion to the Christian faith at the age of thirty-two. The last three books of The Confessions, unrelated to the preceding account of Saint Augustine's early life, are an allegorical explanation of the Mosaic account of Creation. Throughout the work, the narrative, addressed to God, is interspersed with prayers, meditations, and instructions, many of which today are to be found in the liturgies of all sects of the Christian Church.

The Confessions constitutes perhaps the most moving diary ever recorded of of a soul's journey to grace. Appearing midway in Saint Augustine's prodigious body of theological writings, they stand among the most persuasive works of the sinner-turned-priest who was to exercise a greater influence on Christian thought than any of the other Church fathers. -- From the Collier Books edition

For a daily devotional reading with St Augustine, take a look at his Daily Meditations.

AUGUSTINE (Aurelius Augustinus), 354 - 430 A.D.,one of the four great fathers of the Latin Church, and admittedly the greatest of the four, more profound than Ambrose, his spiritual father, more original and systematic than Jerome, his contemporary and correspondent, and intellectually far more distinguished than Gregory the Great, the last of the series. The theological position and influence of Augustine may be said to be unrivalled. No single name has ever exercised such power over the Christian church, and no one mind ever made such an impression upon Christian thought.