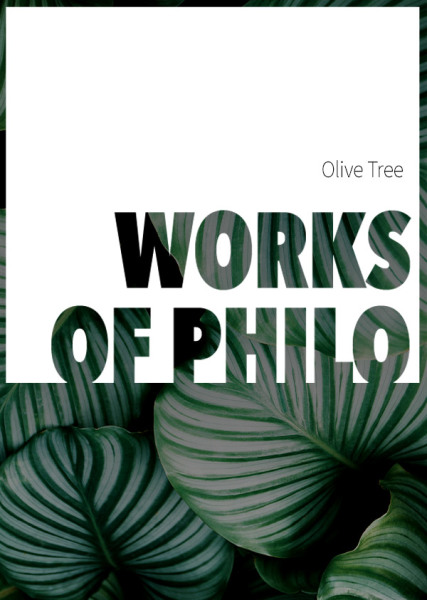 A contemporary of Josephus and early Christianity, the Hellenized Jewish philosopher and exegete Philo Judaeus provides a fascinating historical glimpse into the world of the apostles and early Church. Philo based his doctrines on the Hebrew Bible, and was a scholar of Jewish law. Philo considered the Bible as the source of revelation and as the repository of philosophical truth. His writings have been invaluable to Christians and scholars seeking a better understanding of the world of Jesus and the early Church. This resource was translated from the Greek by C.D. Yonge.

On Abraham.I
(1) The sacred laws having been written in five books, the first is called and inscribed Genesis, deriving its title from the creation (genesis) of the world, which it contains at the beginning; although there are ten thousand other matters also introduced which refer to peace and to war, or to fertility and barrenness, or to hunger and plenty, or to the terrible destructions which have taken place on earth by the agency of fire and water; or, on the contrary, to the birth and rapid propagation of animals and plants in accordance with the admirable arrangement of the atmosphere, and the seasons of the year, and of men, some of whom lived in accordance with virtue, while others were associated with wickedness.

Philo of Alexandria (20 BC - 50 AD) was a scholar of the Hebrew Bible. Not much is known about his life, but he was an emissary to the Roman Emperor Caligula for the Alexandrian Jewish population because of civil strife between the Jews and the Greeks in Alexandria, Egypt. Josephus also tells us that Philo was an excellent philosopher and leader of the Jews in Alexandria who refused to worship the Roman emperor and erect statues to him.