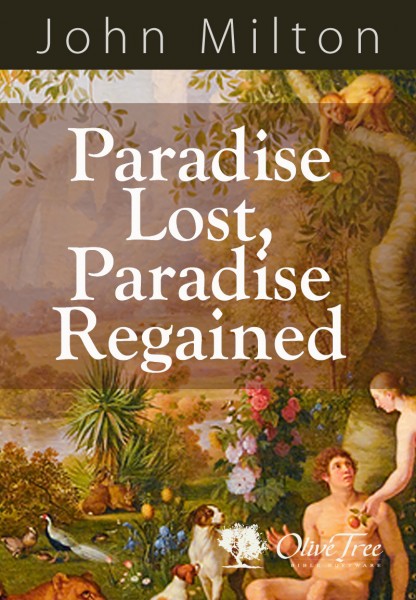 Perhaps the most famous English epic poem, Paradise Lost recounts the story of Satan's rebellion, humanity's fall, and Adam and Eve's expulsion from the Garden of Eden. This epic poem, a literary classic, has influenced the development of English literature and poetry. Still controversial to this day, there is an undeniable power to John Milton's poetical rendition of the origins of Satan's and humanity's fall. This epic poem is divided into ten books

Paradise Regained, the mini-epic sequel to Paradise Lost, expounds on the redemptive work of the Son of God, to regain the lost Paradise that Satan stole. John Milton demonstrates how everything lost in his first epic is won back in his second mini-epic. Milton divided this sequel into four books.