The Spirit of Love 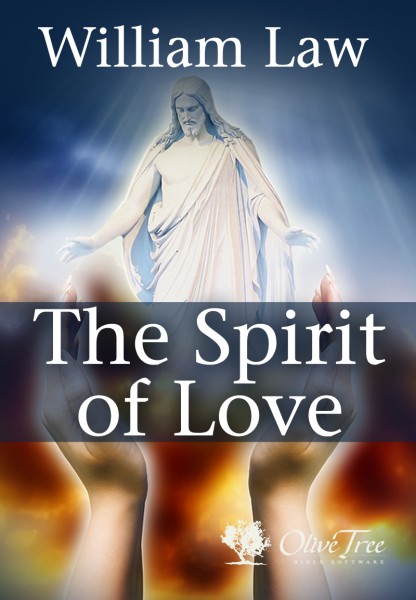 The Spirit of Love

Title: The Spirit of Love

In the work The Spirit of Love, William Law inquires into the nature of God and God's eternal love. The first part is a letter addressed to a friend who asks questions about the nature of love: While universal love is certainly admirable in principle, how can a person realistically attain such a lofty goal? And how can God truly be Love when so much in Scripture speaks of God's justice and wrath?

The second part takes the form of a dialogue between three characters, Theogenes, Eusebius, and Theophilus, who inquire further into the nature of God and God's love for humanity. In the end, Law offers a complete theological outline of God's love, human nature, and Christ's reconciliation between the two. He writes, "Would you know the blessing of all blessings? It is this God of Love dwelling in your soul and killing every root of bitterness which is the pain and torment of every earthly, selfish love. For all wants are satisfied, all disorders of nature are removed, no life is any longer a burden, [and] every day is a day of Peace . . ."

William Law (1686-1761) taught at Cambridge in the early 1700s but was banned from preaching because he refused to take an loyalty oath to the government during a time of great political and religious turmoil in Great Britain. Law's writings influenced many prominent religious figures of the day, including John and Charles Wesley, the founders of Methodism, and George Whitefield, a renowned preacher and evangelist in the early Methodist movement.