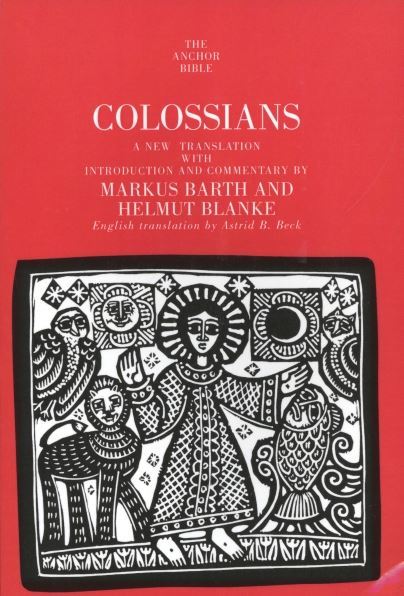 The Apostle Paul’s Letter to the Colossians offers a valuable and intimate glimpse into the life of a fledgling Christian community as it struggled to define Christian doctrine and theology. Paul was prompted to write to the Colossian assembly when he heard that “false teachers” had joined the congregation and were advocating dangerous, non-Christian practices. In an effort to appear superior, these heretical teachers were luring Christians to exercise asceticism, moral rigorism, and esoteric rituals—hallmarks of other “mystery” and pagan cults. In his passionate letter, Paul denounces these extreme and elitist practices and firmly defends a life in Christ. He proclaims that pure, simple worship of Christ alone is the most powerful statement of faith.

In their astute and lucid commentary, eminent New Testament scholars Markus Barth and Helmut Blanke re-create the turbulent age of the birth of Christianity and examine the myriad “outside” influences—from cold, rational Hellenistic philosophy to exclusive, ethereal Gnostic thought—that often threatened the evolution of Christian theology. Colossians not only provides a new and carefully balanced analysis of this pivotal New Testament text but also chronicles the development of Christian thought as it gradually spread throughout the Roman Empire.

Helmut Blanke was a student of Markus Barth’s and earned his Th.D. at the University of Basel.