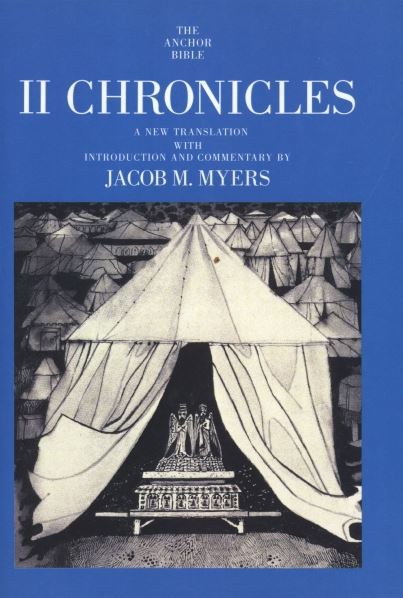 II Chronicles (Volume 13 in the acclaimed Anchor Bible Commentary Series) is a crucial book for historians of the biblical period and for students of the Bible. Like I Chronicles, it has been both over- and undervalued. In recent years it has, certainly, suffered undue neglect.

However, II Chronicles is to be neither accepted as a faithful narrative of the period of biblical history from Solomon to Cyrus nor dismissed as an imaginative re-creation of that history. It must be taken as an important clue to the biblical process, for here we find the Bible quoting itself – sometimes directly, sometimes in paraphrase.

Jacob M. Myers has set before himself the enormous task of organizing and correlating the evidence to be found in II Chronicles (as well as in I Chronicles, Ezra, and Nehemiah – for which he is also the editor and translator). Meticulously, he analyzes important aspects of the Chronicler and his work – his method of composition, his conviction that to rebuild the nation of Israel one had to restore and strengthen her traditional religion, his significant post-Exilic perspective. The book also examines the vast literature on Chronicles to find what it yields toward a better understanding of the Chronicler and a fuller appreciation of his work. The appendices in the book provide a list of the parallels and paraphrases that relate Chronicles to other books of the Bible, and genealogical charts summarize the family histories to be found in Chronicles.

Jacob M. Myers was Professor of Old Testament at the Lutheran Theological Seminary in Gettysburg, Pennsylvania.