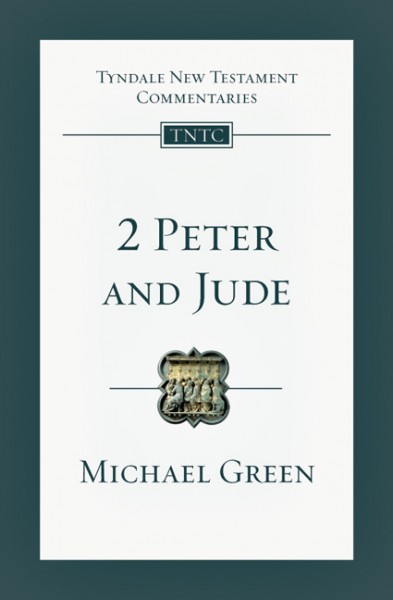 "The epistle of 2 Peter has had a very rough passage down the centuries," says Michael Green in this commentary. "Its entry into the Canon was precarious in the extreme . . . It was deemed second-class Scripture by Luther, rejected Erasmus, and regarded with hesitancy by Calvin."

And about Jude he says, "We can learn a great deal about a man by listening to what he has to say about himself. Jude makes two significant claims . . . He is a servant of Jesus Christ . . . He is a brother of James" (Jesus' brother).

Explore these ideas and much more by reading Green's excellent commentary.

"There simply is no series of medium-length commentaries that approaches the excellence of the Tyndale commentaries." — Donald A. Hagner, Fuller Theological Seminary Michael Green helped establish the Oxford Centre for Christian Apologetics where he continues to lecture. He formerly served as senior research fellow at Wycliffe Hall, Oxford University, England, and as adviser in evangelism to the archbishops of Canterbury and York. As a pastor, evangelist, author and lecturer, he has taught and preached the New Testament for many years. His books include I Believe in the Holy Spirit and Evangelism in the Early Church.
ISBN: 9780830842483