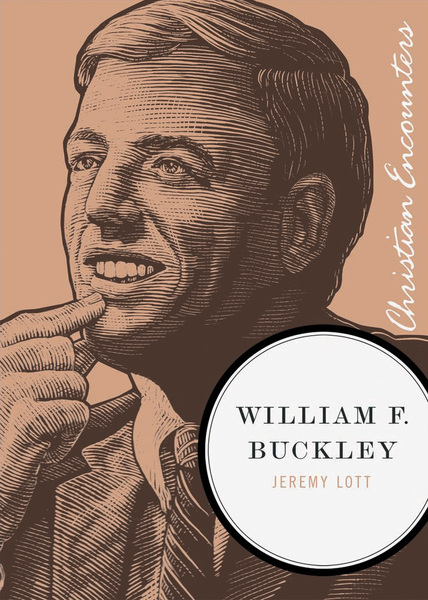 Christian Encounters, a series of biographies from Thomas Nelson Publishers, highlights important lives from all ages and areas of the Church. Some are familiar faces. Others are unexpected guests. But all, through their relationships, struggles, prayers, and desires, uniquely illuminate our shared experience.

William F. Buckley Jr. (1925–2008) was a voice to millions, hosting the long-running “Firing Line” TV show, writing more than 50 books, and launching National Review magazine in 1955 to “fix the newly cast conservative cannons on the enemies of collectivism, liberalism, and Communism.”

Jeremy Lott makes a nuanced case for the profound influence of Buckley’s faith—he was a Catholic with Irish-Protestant roots—on his emergence as a modern-day Jonah, warning of “the doom to come if America didn’t change course, quickly.” Buckley viewed the challenges of his era as ultimately religious in nature. Like the other members of his colorful family, he believed that God, family, and country—in that order—“demanded our unswerving loyalty.”

Lott traces the thread of faith that ran through Buckley’s public life, from his call for a return to orthodoxy at Yale University to his doomed but entertaining run for mayor of New York, from his jaw-dropping verbal joust with Gore Vidal to his surprisingly fresh final thoughts on the end of the Cold War.