More Lost Than Found: Finding a Way Back to Faith 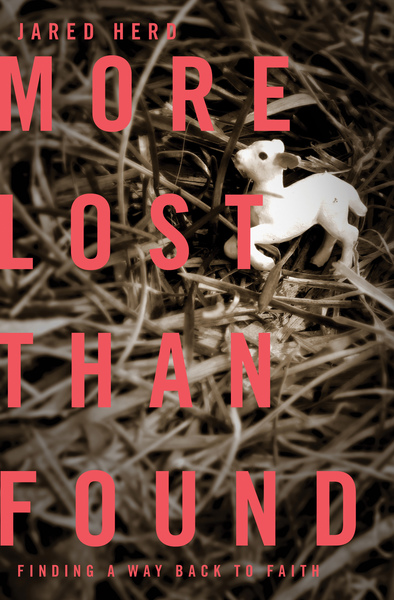 More Lost Than Found: Finding a Way Back to Faith

Title: More Lost Than Found: Finding a Way Back to Faith

“I vaguely remember finding Jesus when I was a child, but I vividly recall losing him.”

Jared Herd grew up the son of a preacher, baptized in religion before he was ever baptized in church. As a child, his parents went through a painful and public divorce, and Jesus became a distant memory, like an artifact of childhood that gets put away and forgotten.

Eventually Jared broke a promise he made to himself and walked back into church. He realized the problem wasn’t God—it was how he had been told to think about God.

Like Jared, teenagers and young adults are leaving the church in astonishing numbers. Something is obviously wrong. Is the problem Jesus? Or is the problem how we have been told to think about Jesus?

Perhaps you’ve always wondered how music, movies, friends, or anything on the outside of Christianity could relate to your life inside of it. Perhaps something in your life keeps you from believing you would ever fit in as a believer. Maybe you were always told what to become, but no one tried to understand how you became who you are.

In More Lost Than Found, Jared Herd comes alongside anyone who has ever struggled with faith to reengage them in the truth they long to hear. If you have ever felt you didn’t fit at church or had questions about God, maybe it’s time to give your faith another chance. God wants to find you where you are.

In More Lost Than Found Jared Herd writes with both honesty and hope as he shares his journey and welcomes us all to re-examine true faith in the midst of a fragmented culture.  Like he speaks, Jared crafts More Lost Than Found with humor and grace as he seeks to repair pathways once broken and ushers a new generation into the wonder and mystery of the Gospel. ?Louie Giglio, The Passion Movement, Passion City Church

Jared Herd is a powerful and free spirit, ruled by truth and grace. He is a voice that comes to us every so often, reminding our mind and soul which direction to amicably go—closer to God. Not only am I grateful to have his writings, I am even more astounded to have him as a friend. Let us all find what we seek. ?Matt Schulze, actor, leading roles in Fast and Furious, The Transporter, and many more

Jared Herd belies our usual assumption that to be “wise” one must be “old.” Here is a young guy who teems with shrewd discernment. He is a vigorous boundary-crosser, moving readily back and forth between old and new, secular and sacred, “pop” and serious, innovation and tradition. In the midst of it, he senses a purpose other than his own and a calling out beyond self.  Readers are invited to such boundary-crossing toward a future where faith matters enormously. ?Walter Brueggemann- world renowned theologian, Columbia Theological Seminary

In More Lost than Found, Jared Herd presents us the Christian faith in a way that is engaging, intellectual, and disarming.  He moves between popular culture and his own biblical convictions with a humble and honest voice, while pulling his audience back to a God they've grown weary of. As someone who has worked for over 50 years in the entertainment industry, I can tell you how rare it is to find someone who can speak to the next generation. Jared Herd is one of those voices.  I'm grateful for his work and his friendship.
?Michael Jay Solomon, founder, Solomon Entertainment, former president of Warner Bros International Television