Why Government Can't Save You - Olive Tree Bible Software

Why Government Can't Save You 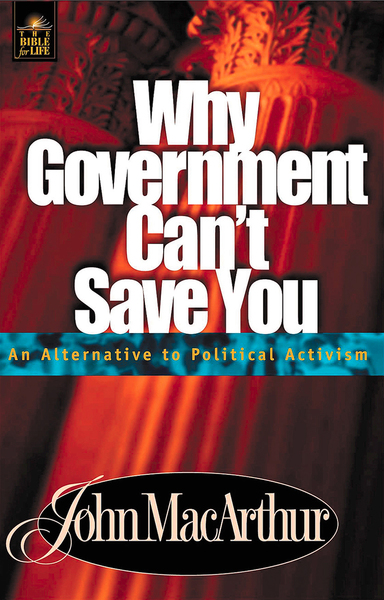 Why Government Can't Save You

Title: Why Government Can't Save You

The Lord did not come as a political deliverer or social reformer. He did not rally supporters in a grandiose attempt to "capture the culture" for morality or greater political and religious freedom. Rather, His divine calling was to rescue the lost souls of individual men and women from sin and hell.

In Why Government Can't Save You: An Alternative to Political Activism, author John MacArthur illustrates through Scripture that, regardless of the numerous immoral, unjuust, and ungodly failures of secular government, believers are to pray and seek to influence the world for Christ by godly, selfless, and peaceful living under that authority, not by protests against the government or by acts of civil disobedience. Dr. MacArthur will explore these areas:

"To devote all, or even most, of our time, energy, money, and strategy to putting a façade of morality on the world or the appearance of 'rightness' over our governmental and political institutions is to badly misunderstand our roles as Christians in a spiritually lost world."  ?John MacArthur