Simple Faith of Mister Rogers: Spiritual Insights from the World's Most Beloved Neighbor 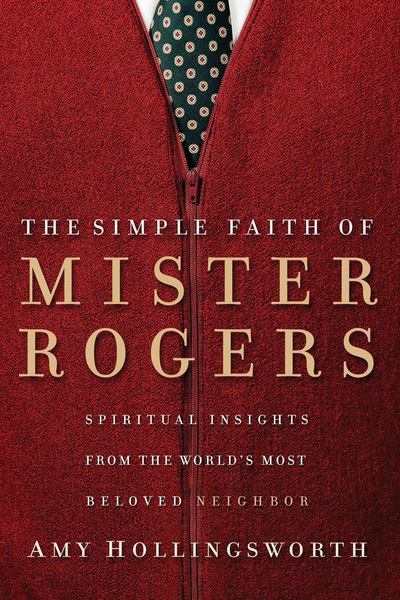 Simple Faith of Mister Rogers: Spiritual Insights from the World's Most Beloved Neighbor

Celebrate the release of A Beautiful Day in the Neighborhood starring Tom Hanks with an inside look at Mister Rogers' spiritual legacy.

For more than 30 years, Fred Rogers was the kindly neighbor of children worldwide. Why were kids drawn to him? Mining personal interviews and correspondence, this book goes beyond Rogers's gentle manner and signature red sweater to reveal the deep faith that sustained him in his many roles—television personality, educator, philosopher, and minister.

Tom Brokaw of NBC Nightly News once said of the American icon Fred Rogers, "Mister Rogers was an ordained minister, but he never talked about God on his program. He didn't need to."

Eight years before his death, Fred Rogers met author, educator, and speaker Amy Hollingsworth. What started as a television interview turned into a wonderful friendship spanning dozens of letters detailing the driving force behind this gentle man of extraordinary influence.

This special book is a treat for fans everywhere, containing:

The Simple Faith of Mr. Rogers focuses on Mr. Rogers' spiritual legacy, but it is much more than that. It shows us a man who, to paraphrase the words of St. Francis of Assisi, "preached the gospel at all times; when necessary, he used words."