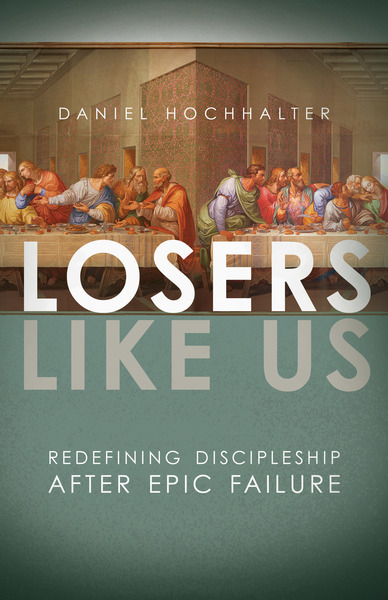 Title: Losers Like Us: Redefining Discipleship after Epic Failure

In 2008, after seven years of preparation, Daniel Hochhalter permanently failed his PhD, leaving him with no refunds, no transferable credits, no recourse to appeal or try again, and no hope of gaining the qualifications needed for his desired career. Then he lost his job. Devastated and in crisis, with no Plan B and no clue how to redeem his future, he looked to the twelve disciples and discovered that—despite their gaping faults and sins—God still loved them and used them to change the world.

With fresh warmth and wisdom, ample hope and humor, Losers Like Us skillfully intertwines Dan’s own story with theirs to show how our worst mistakes and greatest failures bring us to a place of teachableness, egolessness, brokenness, and empathy—the very qualifications required to receive God’s love and grace, and to manifest his kingdom on earth.
ISBN: 9780781411998