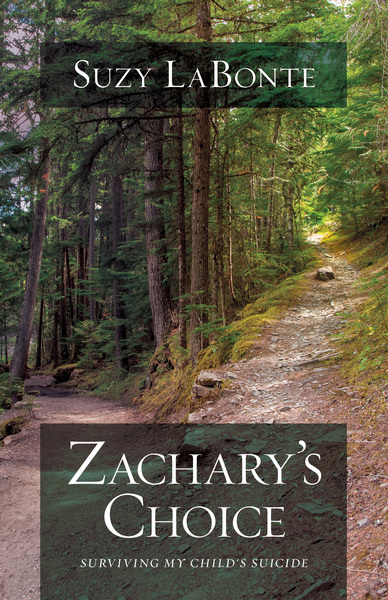 A Christian homeschooling mom of a large family, Suzy LaBonte never imagined one of her children might die by suicide. She received an agonizing blow the day her sixteen-year-old son, Zachary, without threat or forewarning, chose to end his own life. The following months were bleak and sorrowful as Suzy struggled down a confusing path of shock, anger, guilt, and depression.

Slowly putting one foot in front of the other, Suzy focused on the unfailing character of God, her husband's faithful partnership, and the hopeful faces of the children before her. Plodding and stumbling toward understanding and healing, Suzy found that God's faithful companionship and the promises of His Word lightened the darkest hours and sustained her life.

Healing came slowly and with it, transforming lessons of pain and courage. With a passion to reach out to encourage other suicide survivors, Suzy shares the healing that is found in Christ Jesus.

Includes a Survival Guide for those impacted by suicide and suggested resources for further support.
ISBN: 9780781412940