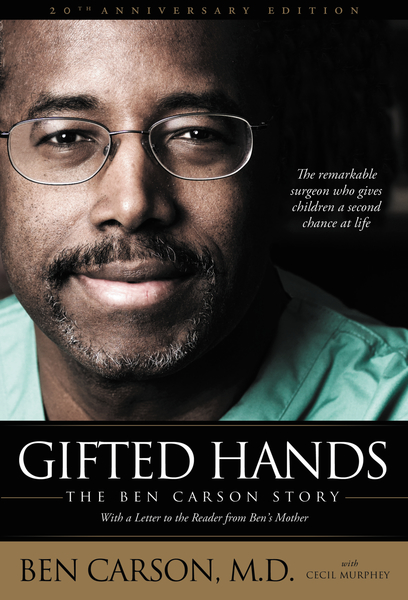 Dr. Ben Carson is known around the world for breakthroughs in neurosurgery that have brought hope where no hope existed. In Gifted Hands, he tells of his inspiring odyssey from his childhood in inner-city Detroit to his position as director of pediatric neurosurgery at Johns Hopkins Medical Institutions at age thirty-three.

Filled with fascinating case histories, Gifted Hands will transplant you into the operating room to witness surgeries that made headlines around the world, and into the private mind of a compassionate, God-fearing physician who lives to help others. In 1987, Dr. Carson gained worldwide recognition for his part in the first successful separation of Siamese twins joined at the back of the head--an extremely complex and delicate operation that was five months of planning and twenty-two hours of actual surgery, involving a surgical plan that Carson helped initiate.

Gifted Hands reveals a man with humility, decency, compassion, courage, and sensitivity who serves as a role model for anyone who attempts the seemingly impossible.