Never Ever Give Up - Olive Tree Bible Software 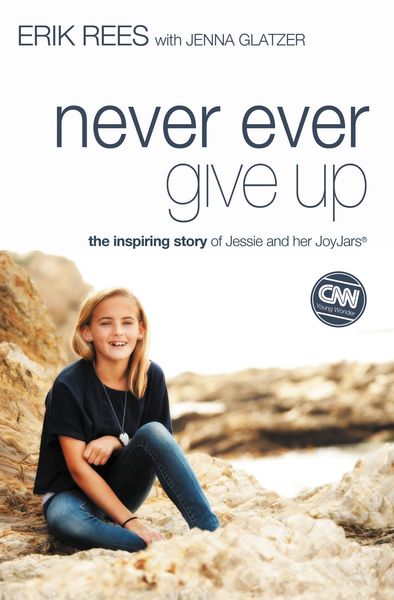 Title: Never Ever Give Up

It started with a simple question: How can we help them? It became an international movement called NEGU: Never Ever Give Up. When Jessica Joy Rees was diagnosed with an inoperable brain tumor at age 11, she chose to focus not on herself but on bringing joy and hope to other children suffering from cancer.

During the ten months she battled cancer, she and her family worked in the “Joy Factory” (originally their garage) making JoyJars®—packages filled with toys, games, and love for other kids with cancer. Jessie first handed them out personally at the hospital where she was being treated, but the effort blossomed quickly and there were soon thousands of JoyJars® being distributed across the United States and to over fifteen countries. Today, more than 100,000 kids have received JoyJars®, and they continue shipping each week to kids in over 200 children’s hospitals and 175 Ronald McDonald Houses.

Jessie lost her battle with cancer in January 2012, but her message lives on in the Jessie Rees Foundation, which has become a beacon of hope for families fighting pediatric cancer.

Join the movement at www.negu.org.