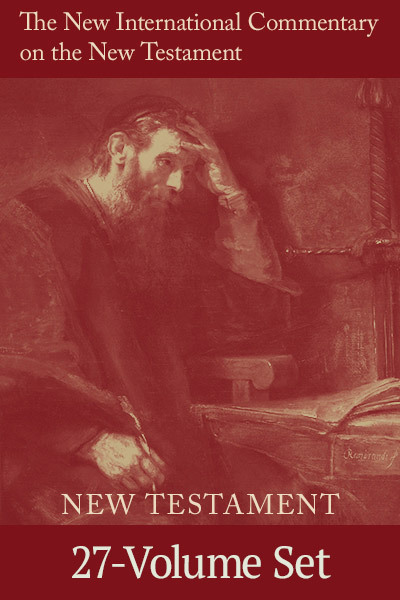 "Faithful criticism" characterizes volumes in The New International Commentary on the New Testament (NICNT). Begun in the late 1940s by an international team of New Testament scholars, the NICNT series has been widely recognized by pastors, students, and scholars alike for its attention to the text of Scripture, its currency with contemporary scholarship, and its service to the global church.

The interpretive work reflected in these commentaries is based on careful study of the Greek text, but commentary readers need not be practiced in the biblical languages in order to benefit from them. In the same way, NICNT volumes reflect serious work in technical areas — such as linguistics, textual criticism, and historical concerns — but the commentary itself focuses on understanding the text rather than navigating scholarly debates. Readers can turn to the footnotes and excursuses for more specialized interaction with the Greek text and engagement with critical issues and literature.

Newer volumes in the NICNT account for emergent emphases in biblical studies. These include heightened attention to rhetorical features of New Testament texts, the cultural settings within which they were written, and their theological significance for God's people. In this way, the NICNT series endures as an accessible, authoritative guide to the biblical text.