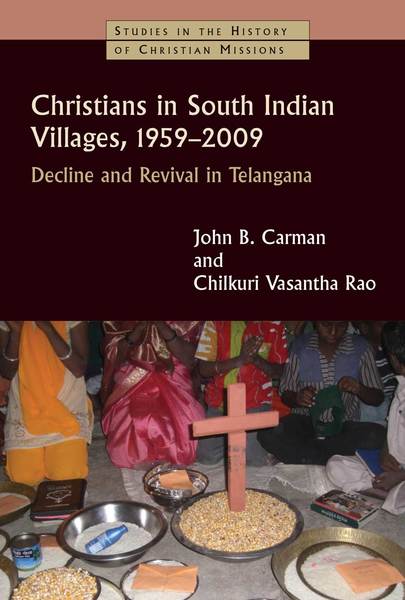 This book revisits South Indian Christian communities that were studied in 1959 and written about in Village Christians and Hindu Culture (1968). In 1959 the future of these village congregations was uncertain. Would they grow through conversions or slowly dissolve into the larger Hindu society around them?

John Carman and Chilkuri Vasantha Rao’s carefully gathered research fifty years later reveals both the decline of many older congregations and the surprising emergence of new Pentecostal and Baptist churches that emphasize the healing power of Christ. Significantly, the new congregations largely cut across caste lines, including both high castes and outcastes (Dalits).

Carman and Vasantha Rao pay particular attention to the social, political, and religious environment of these Indian village Christians, including their adaptation of indigenous Hindu practices into their Christian faith and observances.
ISBN: 9781467442053