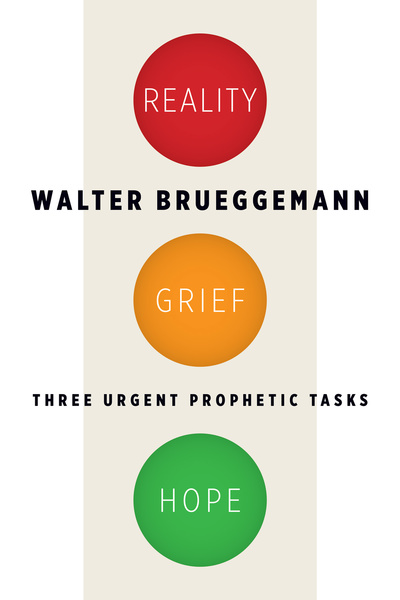 Walter Brueggemann is one of the most highly regarded Old Testament scholars of our time; talk-show host Krista Tippett has even called him "a kind of theological rock star." In this new book Brueggemann incisively probes our society-in-crisis from the ground up.

Pointing out striking correlations between the catastrophe of 9/11 and the destruction of ancient Jerusalem, Brueggemann shows how the prophetic biblical response to that crisis was truth-telling in the face of ideology, grief in the face of denial, and hope in the face of despair. He argues that the same prophetic responses are urgently required from us now if we are to escape the deathliness of denial and despair.

Brueggemann’s Reality, Grief, Hope boldly confronts the dominant forces of our time, taking on principalities and powers that vie for our souls, and calls the church to courageous action.
ISBN: 9781467440363