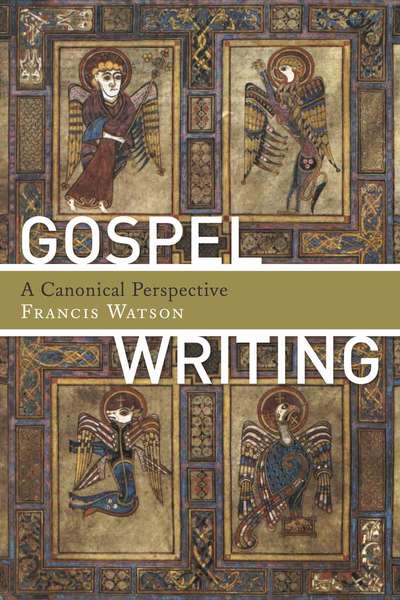 That there are four canonical versions of the one gospel story is often seen as a problem for Christian faith: where gospels multiply, so too do apparent contradictions that may seem to undermine their truth claims. In Gospel Writing Francis Watson argues that differences and tensions between canonical gospels represent opportunities for theological reflection, not problems for apologetics.

Watson presents the formation of the fourfold gospel as the defining moment in the reception of early gospel literature -- and also of Jesus himself as the subject matter of that literature. As the canonical division sets four gospel texts alongside one another, the canon also creates a new, complex, textual entity more than the sum of its parts. A canonical gospel can no longer be regarded as a definitive, self-sufficient account of its subject matter. It must play its part within an intricate fourfold polyphony, and its meaning and significance are thereby transformed.

In elaborating these claims, Watson proposes nothing less than a new paradigm for gospel studies — one that engages fully with the available noncanonical material so as to illuminate the historical and theological significance of the canonical.
ISBN: 9781467437653