Slaves, Women and Homosexuals: Exploring the Hermeneutics of Cultural Analysis 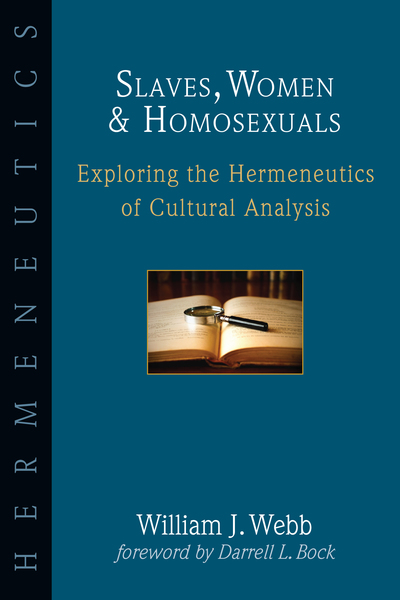 Slaves, Women and Homosexuals: Exploring the Hermeneutics of Cultural Analysis

In Slaves, Women Homosexuals William J. Webb tackles some of the most complex and controversial issues that have challenged the Christian church--and still do. He leads you through the maze of interpretation that has historically surrounded understanding of slaves, women and homosexuals, and he evaluates various approaches to these and other biblical-ethical teachings. Throughout, Webb attempts to "work out the hermeneutics involved in distinguishing that which is merely cultural in Scripture from that which is timeless" (Craig A. Evans). By the conclusion, Webb has introduced and developed a "redemptive hermeneutic" that can be applied to many issues that cause similar dilemmas. Darrel L. Bock writes in the foreword to Webb's work, "His goal is not only to discuss how these groups are to be seen in light of Scriptures but to make a case for a specific hermeneutical approach to reading these texts. . . . This book not only advances a discussion of the topics, but it also takes a markedly new direction toward establishing common ground where possible, potentially breaking down certain walls of hostility within the evangelical community."
ISBN: 9780830876914