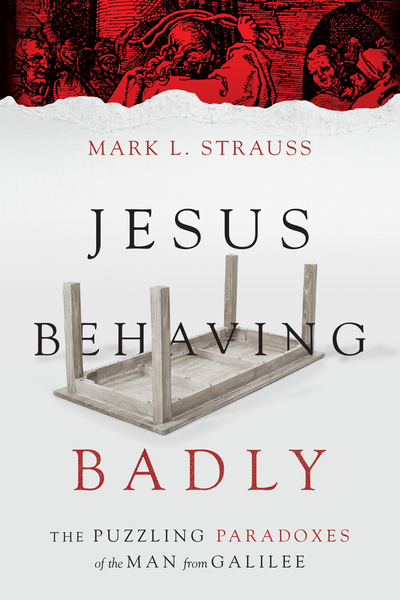 Title: Jesus Behaving Badly The Puzzling Paradoxes of the Man from Galilee

Everybody likes Jesus. Don't they? We overlook that Jesus was Judgmental—preaching hellfire far more than the apostle Paul Uncompromising—telling people to hate their families Chauvinistic—excluding women from leadership Racist—insulting people from other ethnic groups Anti-environmental—cursing a fig tree and affirming animal sacrifice Angry—overturning tables and chasing moneychangers in the temple He demanded moral perfection, told people to cut off body parts, made prophecies that haven't come true, and defied religious and political authorities. While we tend to ignore this troubling behavior, the people around Jesus didn't. Some believed him so dangerous that they found a way to have him killed. The Jesus everybody likes, says Mark Strauss, is not the Jesus found in the Gospels. He's a figure we've created in our own minds. Strauss believes that when we unpack the puzzling paradoxes of the man from Galilee, we find greater insight into his countercultural message and mission than we could ever have imagined.
ISBN: 9780830898114