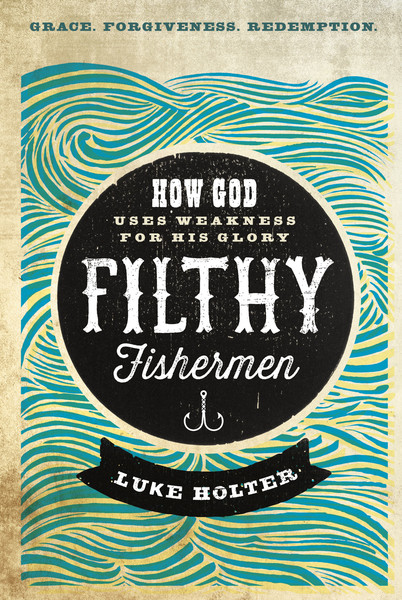 Title: Filthy Fishermen: How God Uses Weakness for His Glory

Filthy Fishermen is a book about the power of redemption. It will serve as a source of encouragement to anyone who has failed or thinks they’ve messed up so bad that God can’t use them. God didn’t choose those most likely to succeed; He chose the foolish and the weak—those who wouldn’t be considered wise, mighty, or noble in the flesh. Jesus takes the underdogs and makes Himself shine through them. He’ll take the filthy and make them fishers of men.

Jesus came for the sick, lost, and dying.
Read the stories of real people, and the stories of numerous biblical figures who failed and failed again, yet were extravagantly redeemed and restored. It is not a “how to” book, but through the stories and teachings about grace, forgiveness, destiny, and faith, readers will see how to release the past and pursue all God has for them. No matter how great your failure God’s destiny is always greater!
ISBN: 9781629986517