Signposts to God: How Modern Physics and Astronomy Point the Way to Belief 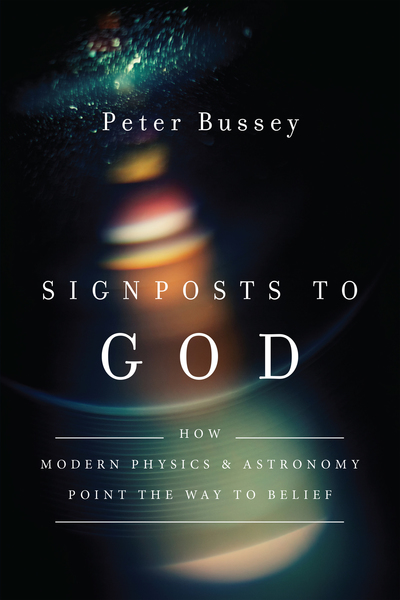 Signposts to God: How Modern Physics and Astronomy Point the Way to Belief

Title: Signposts to God: How Modern Physics and Astronomy Point the Way to Belief

"The heavens declare the glory of God" (Ps 19:1). Can we still sing the words of the Psalmist in an age where scientists talk about an expanding cosmos, the Higgs boson, and the multiverse? In Signposts to God particle physicist Peter Bussey introduces readers to the mysteries of modern physics and astronomy. Written in clear, accessible prose, Bussey provides a primer on topics such as the laws of nature, quantum physics, fine-tuning, and current cosmological models. He shows that despite the remarkable achievements of science, the latest research in these fields does not lead to simple physicalism in which physical processes are able to explain everything that exists. Bussey argues that, far from ruling out a divine Creator, modern physics and astronomy present us with compelling signposts to God. The more we know about the cosmos and our presence in it, the more plausible belief in God becomes. We can be intellectually satisfied in both science and the Christian faith. Written by someone who has worked for years in scientific research, Signposts to God is a timely and winsome response to a cultural stalemate.
ISBN: 9780830873074