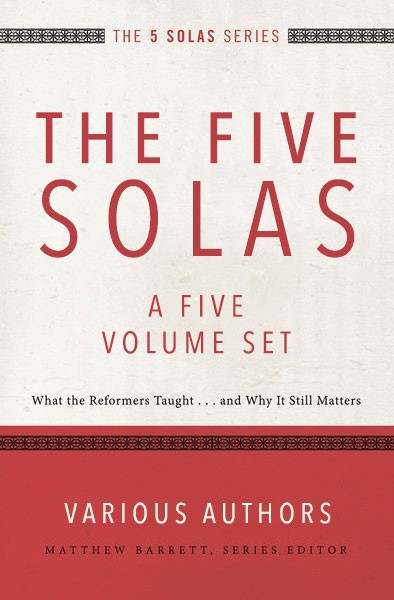 Discover the truths of the Reformation in this special pack, which includes all five books in the Five Solas Series:


Historians and theologians alike have long recognized that at the heart of the sixteenth-century Protestant Reformation were five declarations (or “solas”) that distinguished the movement from other expressions of the Christian faith.

Five hundred years later, we live in a different time with fresh challenges to our faith. Yet these rallying cries of the Reformation continue to speak to us, addressing a wide range of contemporary issues. The Five Solas series will help you understand the historical and biblical context of the five solas and how to live out the relevance of Reformation theology today.