Inside the Atheist Mind 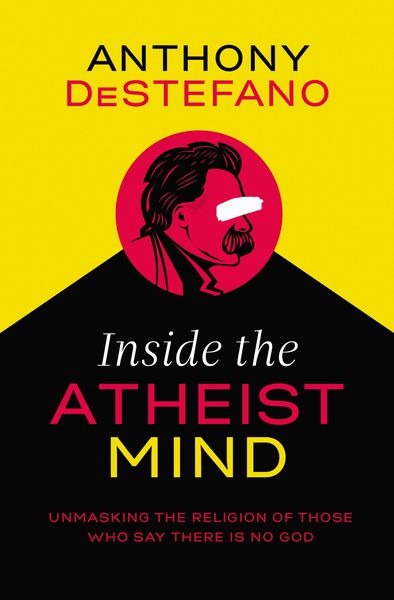 Inside the Atheist Mind

Title: Inside the Atheist Mind

"There is only one way to deal with bullies, even in this politically correct world—and that is to crush them."

USA Today bestselling author Anthony DeStefano is tired of playing nice. After years of responding patiently and agreeably to the pseudo-intellectual arguments and tactics of today’s militant atheists, he’s had enough. In this entertaining, no-holds-barred retort to atheism and its proponents, DeStefano reveals the intellectual bankruptcy at atheism’s core and equips believers to respond to its hollow arguments.

A witty and devastating takedown of the "new atheist" position, Inside the Atheist Mind systematically debunks the theories of Richard Dawkins, Christopher Hitchens, Sam Harris, and others, revealing how inconsistent, illogical, and frankly ludicrous their conclusions truly are. Poking fun at atheists in a clever and intelligent way, DeStefano demonstrates just how full of holes the new atheism is and reveals that it is actually a "religion" of its own, complete with a creed, a set of commandments and sacraments, and a rigid moral code with rewards and punishments. More than that, DeStefano exposes that atheism is itself a "superstition" of the worst kind.

Using irony and a healthy dose of playful sarcasm, Inside the Atheist Mind lampoons, teases, and deflates the atheist position, unmasking it for what it is--an empty, intellectually barren philosophy, devoid of any logic and common sense.