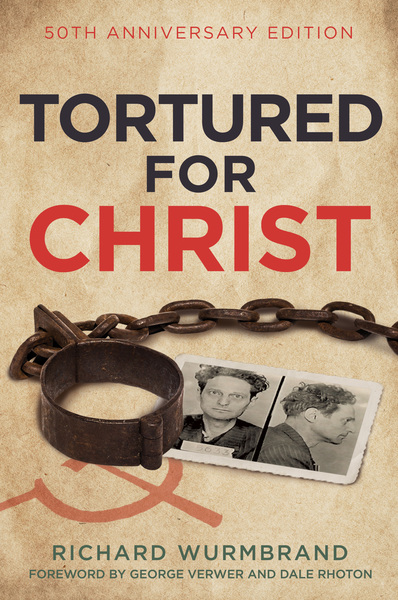 Richard Wurmbrand suffered 14 years in underground prison cells, months in solitary confinement, and years of physical torture. His only crimes were his fervent belief in Jesus Christ and his public witness for that faith. Richard Wurmbrand exposed the persecution of Christians by atheistic Communist governments—his testimony shocked the Western world.

With over 10 million copies in 60 languages, this is an inspiring true story of faith that every Christian should read.