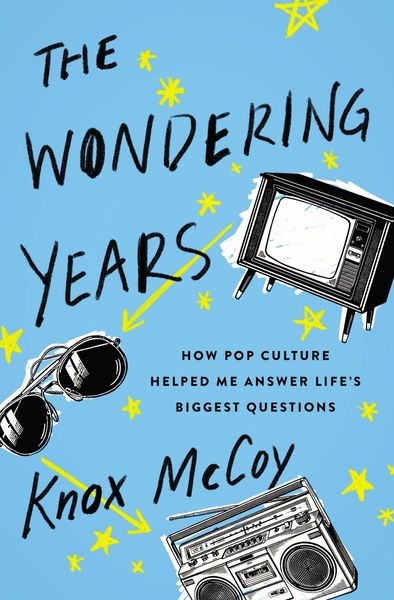 Yes, you can love God and binge Netflix!

Podcaster Knox McCoy, co-host of The Popcast with Knox and Jamie, tells hilarious stories about how pop culture helped him answer life’s biggest questions in his debut book, The Wondering Years. Through books, television, music and movies, Knox found many of the answers he was searching for about God and why we’re all here.

When you hear the phrase pop culture, you likely think reality television, boy bands or Real Housewives of various cities. While these are elements of popular culture, they aren’t all it has to offer. Pop culture may not cure diseases or make scientific breakthroughs, but it does play a vital role in the story of humanity.

From the first time he was punched in the face to saving dog souls as a canine evangelist, Knox reflects on how pop culture has helped shape his life and carve out the foundation of his faith. While the three cultural tentpoles—the South, the Church, and Sports—defined many aspects of his East Tennessee upbringing, it was pop culture that influenced Knox and his sense of the world at large.