Inspired By... The Bible Experience (TNIV) 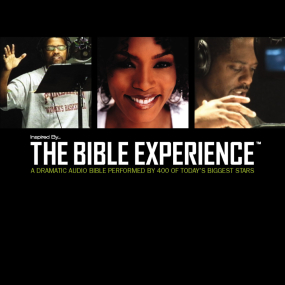 Inspired By... The Bible Experience (TNIV)

Inspired By … The Bible Experience uses Today’s New International Version (TNIV), and includes dramatic performances set to an original musical underscore by the Prague Symphony Orchestra and Hollywood-style sound design created at Technicolor Studios. The Bible Experience has become not just the bestselling audio Bible, but also one of the all-time fastest-selling new Bibles.

In addition to record-breaking sales, Inspired By … The Bible Experience has received unprecedented consumer satisfaction and national recognition including numerous five-star reviews on Amazon.com, an Audies Audiobook of the Year (the highest honor of the Audio Publisher’s Association), an AudioFile Earphones Award, and a nomination for an NAACP Image Award.