Rage Against God: How Atheism Led Me to Faith - Olive Tree Bible Software

Rage Against God: How Atheism Led Me to Faith 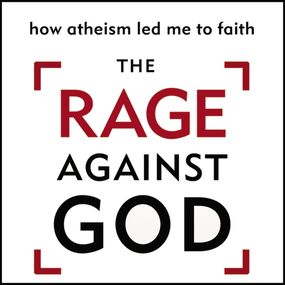 Rage Against God: How Atheism Led Me to Faith

Title: Rage Against God: How Atheism Led Me to Faith

What if notorious atheist Christopher Hitchens, bestselling author of God Is Not Great, had a Christian brother? He does. Meet Peter Hitchens--British journalist, author, and former atheist--as he tells his powerful story for the first time in The Rage Against God.

In The Rage Against God, Hitchens details his personal story of how he left the faith and dramatically returned. Like many of the Old Testament saints whose personal lives were intertwined with the life of their nation, so Peter's story is also the story of modern England and its spiritual decline. The path to a secular utopia, pursued by numerous modern tyrants, is truly paved with more violence than has been witnessed in any era in history.

Peter invites you to witness firsthand accounts of atheistic societies, specifically in Communist Russia, where he lived in Moscow during the collapse of the Soviet Union. Peter brings his work as an international journalist to bear as he shows that the twentieth century--the world's bloodiest--entailed nothing short of atheism's own version of the Crusades and the Inquisition.

The Rage Against God asks and answers the three failed arguments of atheism:

Join Hitchens as he provides hope for all believers whose friends or family members have left Christianity or who are enchanted by the arguments of the anti-religious intellects of our age.