Becoming Whole: Why the Opposite of Poverty Isn't the American Dream - Olive Tree Bible Software

Becoming Whole: Why the Opposite of Poverty Isn't the American Dream 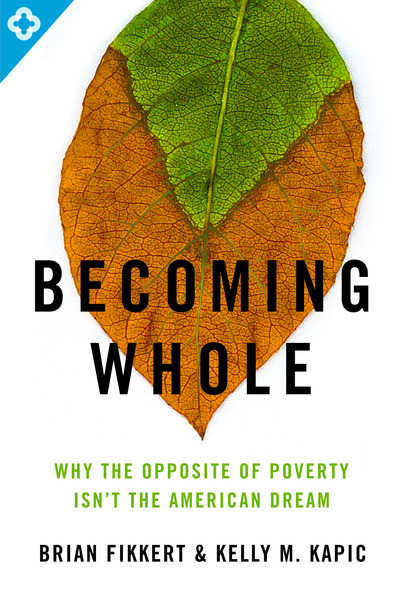 Becoming Whole: Why the Opposite of Poverty Isn't the American Dream

Title: Becoming Whole: Why the Opposite of Poverty Isn't the American Dream

Western Civilization is wealthier, but it isn’t happier.

We are the richest people ever to walk the face of the earth, but according to research, we aren’t becoming happier. Families and communities are increasingly fragmented, loneliness is skyrocketing, and physical and mental health are on the decline. Our unprecedented wealth doesn’t seem to be doing us much good.

Yet, when we try to help poor people at home or abroad, our implicit assumption is that the goal is to help them to become like us. "If they would just do things our way, they’d be fine!"

But even when they seem to pursue our path, they too find that the American Dream doesn’t work for them. What if we have the wrong idea altogether? What if the molds we are using to help poor people don’t actually fit any of us? What if the goal isn’t to turn other countries into the United States or to turn America’s impoverished communities into its affluent suburbs?

In Becoming Whole (building on the best-selling When Helping Hurts), Brian Fikkert and Kelly M. Kapic look at the true sources of brokenness and poverty and uncover the surprising pathways to human flourishing, for poor and non-poor alike. Exposing the misconceptions of both Western Civilization and the Western church about the nature of God, human beings, and the world, they redefine success and offer new ways of achieving that success. Through biblical insights, scientific research, and practical experience, they show you how the good news of the kingdom of God reshapes our lives and our poverty alleviation ministries, moving everybody involved towards wholeness.