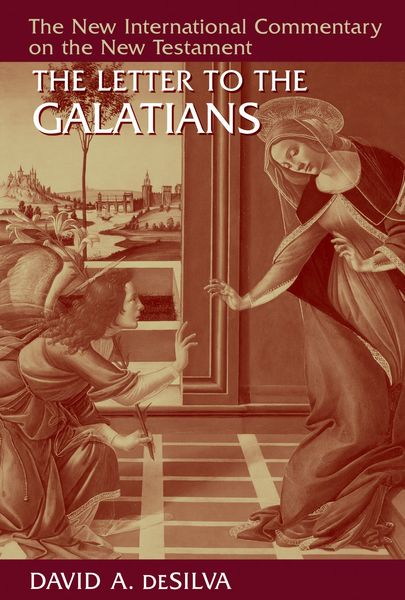 Title: New International Commentary on the New Testament (NICNT): The Letter to the Galatians (deSilva)

Writing a commentary on Galatians is a daunting task. Despite its relative brevity, this Pauline letter raises a number of foundational theological issues, and it has played a vital role in shaping Christian thought and practice over the centuries.

In this replacement of Ronald Y. K. Fung’s 1988 New International Commentary volume, David deSilva ably rises to the challenge, providing a coherent account of Galatians as a piece of strategically crafted communication that addresses both the immediate pastoral challenges facing Paul’s converts in Galatia and the underlying questions that gave rise to them.

Paying careful attention to the history, philology, and theology of the letter, and interacting with a wealth of secondary literature on both Galatians and the rest of the Pauline corpus, deSilva’s exegetically sound commentary will serve as an essential resource for pastors and theological students.

“A commentary packed with value for church people and scholars alike. David deSilva is one of the world’s best at bringing historical social context into fruitful dialogue with judicious interpretation of the text.” Peter Oakes — University of Manchester

“This masterfully written study by David deSilva offers careful verse-by-verse exposition, a dozen timely and wise excursuses, thorough review of introductory questions, and balanced attention to both Hellenistic and Jewish backgrounds. It does not ignore theological questions but engages them to the full extent demanded by Paul’s language, interacting with (and often differing from) views of grace, faith, and law taken by Douglas Moo in his major Galatians commentary. Laying special emphasis on the Spirit and the new era of salvation history in which Paul writes, deSilva has produced a work that will long rank among the most significant English-language Galatians commentaries.” Robert W. Yarbrough — Covenant Theological Seminary