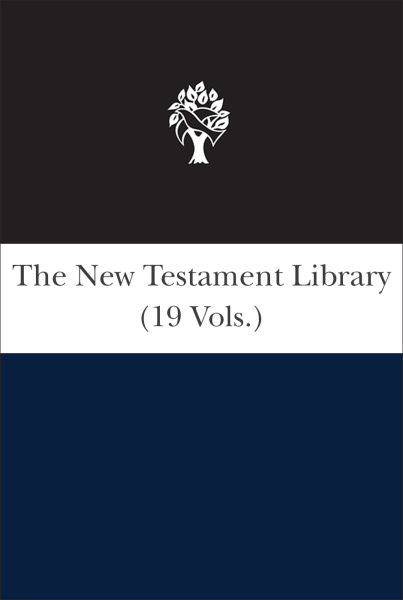 The New Testament Library series offers authoritative commentary on the books and major aspects of the New Testament, providing fresh translations based on the best available ancient manuscripts, critical portrayals of the historical world in which the books were created, careful attention to their literary design, and a theologically perceptive exposition of the biblical text.

The series brings together highly respected authors, offering volumes focused on individual books along with more general inquiries into theology and ethics. Both classic and contemporary volumes add breadth and depth to this series with exegetical insight that appeals to both the pastor and the layperson.
The contributors are scholars of international standing. The editorial board consists of C. Clifton Black, Princeton Theological Seminary; M. Eugene Boring, Brite Divinity School; and John T. Carroll, Union Presbyterian Seminary.

Select the link below to learn more about individual volumes in this series: