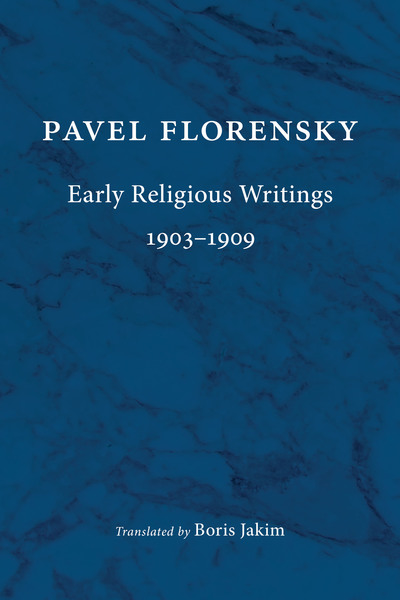 Profound writings by one of the twentieth century's greatest polymaths

"Perhaps the most remarkable person devoured by the Gulag" is how Alexandr Solzhenitsyn described Pavel Florensky, a Russian Orthodox mathematician, scientist, linguist, art historian, philosopher, theologian, and priest who was martyred during the Bolshevik purges of the 1930s.

This volume contains eight important religious works written by Florensky in the first decade of the twentieth century, now translated into English—most of them for the first time. Splendidly interweaving religious, scientific, and literary themes, these essays showcase the diversity of Florensky's broad learning and interests. Including reflections on the sacraments and explorations of Russian monastic culture, the volume concludes with "The Salt of the Earth," arguably Florensky's most spiritually moving work.
ISBN: 9781467447836