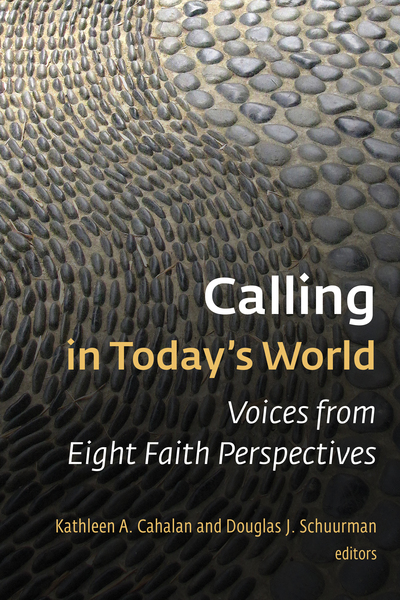 Comparative religious insights into the meaning of vocation in today's world

The concept of "vocation" or "calling" is a distinctively Christian concern, grounded in the long-held belief that we find our meaning, purpose, and fulfillment in God. But what about religions other than Christianity? What does it mean for someone from another faith tradition to understand calling or vocation?

In this book contributors with expertise in Catholic and Protestant Christianity, Judaism, Islam, Hinduism, Buddhism, Confucianism and Daoism, and secular humanism explore the idea of calling from these eight faith perspectives. The contributors search their respective traditions' sacred texts, key figures, practices, and concepts for wisdom on the meaning of vocation. Greater understanding of diverse faith traditions, say Kathleen Cahalan and Douglas Schuurman, will hopefully increase and improve efforts to build a better, more humane world.