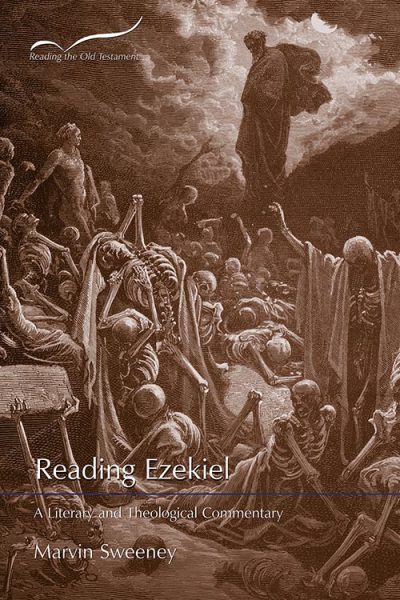 In this new volume in the Reading the Old Testament commentary series, biblical scholar Marvin A. Sweeney considers one of the most interesting and compelling books of the Hebrew Bible. Ezekiel is simultaneously one of the Bible’s most difficult and perplexing books as it presents the visions and oracles of Ezekiel, a Judean priest and prophet exiled to Babylonia in the sixth century BCE.

The book of Ezekiel points to the return of YHWH to the holy temple at the center of a reconstituted Israel and creation at large. As such, the book of Ezekiel portrays the purging of Jerusalem, the Temple, and the people, to reconstitute them as part of a new creation at the conclusion of the book. With Jerusalem, the Temple, and the people so purged, YHWH stands once again in the holy center of the created world. As Sweeney writes in his introduction, the book of Ezekiel ultimately represents “a profound attempt to encounter the holy in the profane world, and based on that encounter, to sanctify the world in which we live.”

This volume is available for purchase individually, or as part of the Reading the Old Testament commentary series.

Marvin A. Sweeney is Professor of Hebrew Bible at the Claremont Lincoln University and Claremont School of Theology and Professor of Bible and Faculty Chair at the Academy for Jewish Religion, California, where he teaches courses in Hebrew Bible and the History of Judaism and Jewish Thought. He holds the Ph.D. and M.A. in Religion from the Claremont Graduate School and the A.B. in Political Science and Religious Studies (with distinction) from the University of Illinois. He has also studied at the Princeton Theological Seminary, the Hebrew University of Jerusalem, and Brandeis University. He is the author of twelve volumes, including Tanak: A Theological and Critical Introduction to the Jewish Bible, Reading the Hebrew Bible after the Shoah: Engaging Holocaust Theology, and The Prophetic Literature. He has written more than 100 articles and 550 reviews.