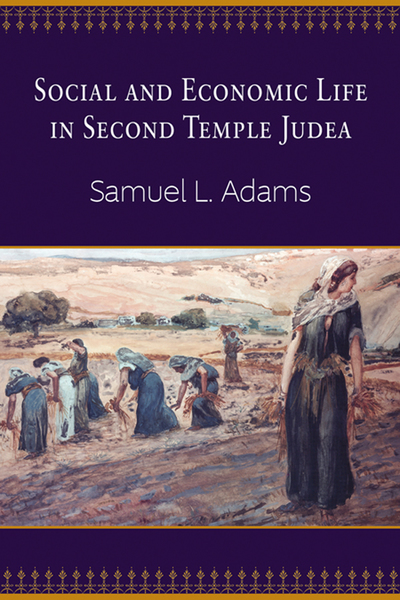 Those who study the Bible are becoming increasingly attentive to the significance of economics when examining ancient texts and the cultures that produced them. This book looks at the socioeconomic landscape of Second Temple Judea, from the end of the Babylonian exile to the destruction of the temple by the Romans (532 BCE to 70 CE). Adams carefully examines key themes, paying special attention to family life, the status of women, and children, while engaging relevant textual and archaeological evidence. He looks at borrowing and lending and the burdensome taxation policies under a succession of colonial powers. In this pursuit, Adams offers an innovative analysis of economic life with fresh insights from biblical texts. No other study has specifically analyzed economics for this lengthy timeframe, especially in relation to these key themes. This important book provides readers with a helpful context for understanding religious beliefs and practices in the time of early Judaism and emerging Christianity.