The Miracle Lady: Kathryn Kuhlman and the Transformation of Charismatic Christianity 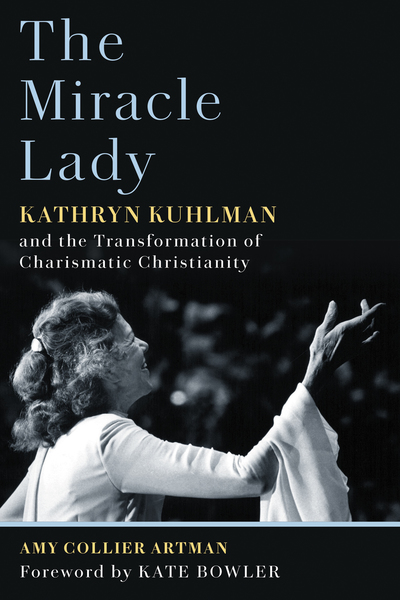 The Miracle Lady: Kathryn Kuhlman and the Transformation of Charismatic Christianity

Title: The Miracle Lady: Kathryn Kuhlman and the Transformation of Charismatic Christianity

A smart, powerful, charismatic preacher brought back to life

On October 15, 1974, Johnny Carson welcomed his next guest on The Tonight Show with these words: “I imagine there are very few people who are not aware of Kathryn Kuhlman. She probably, along with Billy Graham, is one of the best-known ministers or preachers in the country.” But while many people today recognize Billy Graham, not many remember Kathryn Kuhlman (1907–1976), who preached faith and miracles to countless people over the fifty-five years of her ministry and became one of the most important figures in the rise of charismatic Christianity.

In The Miracle Lady Amy Collier Artman tells the story of Kuhlman’s life and, in the process, relates the larger story of charismatic Christianity, particularly how it moved from the fringes of American society to the mainstream. Tracing her remarkable career as a media-savvy preacher and fleshing out her unconventional character, Artman also shows how Kuhlman skillfully navigated the oppressive structures, rules, and landmines that surrounded female religious leaders in her conservative circles.