Between the Swastika and the Sickle: The Life, Disappearance, and Execution of Ernst Lohmeyer - Olive Tree Bible Software

Between the Swastika and the Sickle: The Life, Disappearance, and Execution of Ernst Lohmeyer 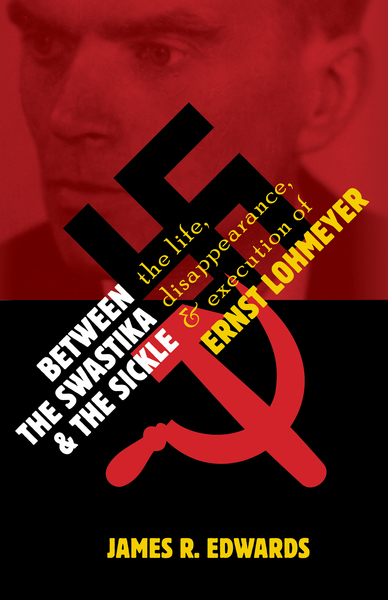 Between the Swastika and the Sickle: The Life, Disappearance, and Execution of Ernst Lohmeyer

Title: Between the Swastika and the Sickle: The Life, Disappearance, and Execution of Ernst Lohmeyer

The life, theological contribution, and mysterious disappearance of one of the more important New Testament scholars in the twentieth century

On February 15, 1946, the Soviet NKVD raided the home of Ernst Lohmeyer just hours before his inauguration as the president of Greifswald University in Germany. Lohmeyer had survived active duty in both World War I and World War II. A New Testament scholar and theologian, he resisted the rise of Nazi fascism as a member of the Confessing Church. But the Soviet occupation of Germany was even more repressive than Nazi domination. With the exception of correspondence from prison, Lohmeyer was never heard from again.

In Between the Swastika and the Sickle, James R. Edwards recounts the story of Lohmeyer’s life, his theological achievements, his courageous resistance to the forces of political repression, and the events surrounding his death. But the book also includes Edwards’s intrepid search for the legacy of this brilliant and courageous scholar, whose story is made even more compelling by the tumultuous interplay of faith and politics in twenty-first-century America.