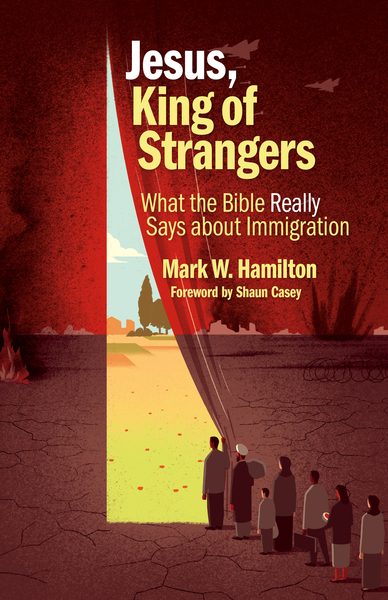 Title: Jesus, King of Strangers: What the Bible Really Says about Immigration

Nationalistic tribalism is on the rise around the world. How we treat strangers (foreigners, immigrants, migrants) is a promi­nent political, economic, and religious issue. Drawing on his personal experiences and expertise as a biblical scholar, Mark Hamilton argues that Scripture describes God’s people as strangers who are called to show grace and hospitality to others.

The church has often identified itself as a community of strangers. This was the story of the church during much of its early history. In many parts of the world, it still is. In a world in which 240 million persons are voluntary immigrants and another 60 to 70 million are refugees, the urgency of the church’s recovery of its native language on immigration remains vital. Jesus, King of Strangers examines the Bible’s key ideas about human movement and the relationship between migrants and their hosts. Hamilton argues that reclaiming the biblical language will free the church from hypernationalism and fear-driven demagoguery.
ISBN: 9781467457897