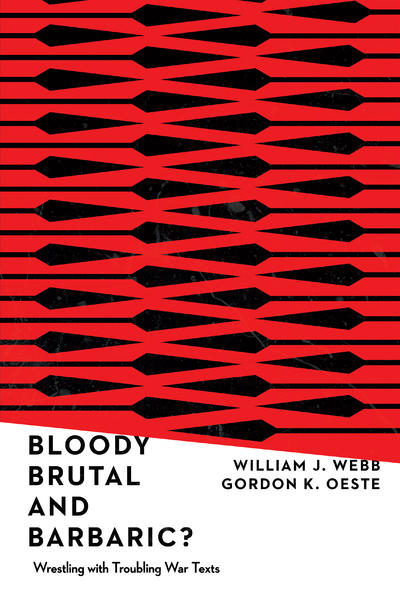 Word Guild Award Shortlist — Biblical Studies Word Guild Best Book Cover Award Association of University Presses Design Show — Book, Jacket, and Covers Christians cannot ignore the intersection of religion and violence, whether contemporary or ancient. In our own Scriptures, war texts that appear to approve of genocidal killings and war rape—forcibly taking female captives for wives—raise hard questions about biblical ethics and the character of God. Have we missed something in our traditional readings? In Bloody, Brutal, and Barbaric? William Webb and Gordon Oeste address the ethics of reading biblical war texts today. Theirs is a biblical-theological reading with an eye to hermeneutical, ethical, canonical, and ancient cultural contexts. Identifying a spectrum of views on war texts ranging from "no ethical problems" to "utterly repulsive," the authors pursue a middle path using a hermeneutic of incremental, redemptive-movement ethics. Instead of trying to force traditional Christian answers to fit contemporary questions, they argue, we must properly connect the traditional answers with the biblical storyline questions that were on the minds of Scripture's original readers. And there are indeed better answers to the ethical problems in the war texts. Woven throughout the Old Testament, a collection of antiwar and subversive war texts suggest that Yahweh's involvement in Israel's warfare required some degree of accommodation to people living in a fallen world. Yet, God's redemptive influence even within the ugliness of ancient warfare shouts loudly about a future hope—a final battle fought with complete and untainted justice by Christ.
ISBN: 9780830870738