Kingdom of Power, Power of Kingdom 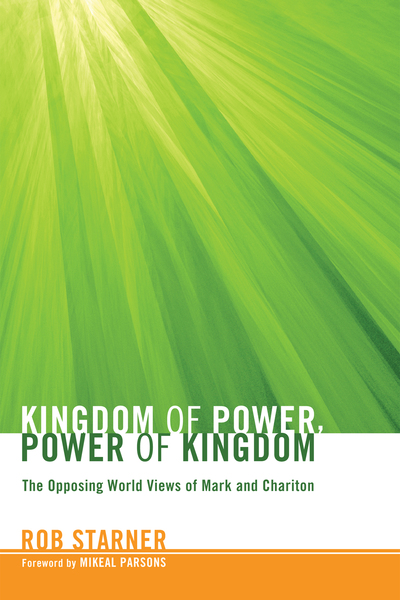 Kingdom of Power, Power of Kingdom

Mark's Gospel is much maligned for its redundancy and stylistic sloppiness. But is this indignity justified? The answer to this question hangs not only on the genre of this work but also on the life setting of its target audience. Rather than unwitting slip-ups of an inept writer, Mark's narrative repetitions and temporal dislocations are better understood as rhetorical strategies for a didactive oral performance. There is "method" to Mark's "madness," and the method maps his meaning. In recent decades, some scholars have become enamored with what they see as a generic affinity between Mark's Gospel and fictive literature, particularly ancient romance novels. Could this be the "method" behind Mark's madness? This book offers readers an exciting and profitable journey into two story worlds that likely share a common historical-cultural setting: Mark's "Gospel" and Chariton's "passion of love." Analyzing these works from the vantage point of narrative sequence, Starner identifies two contrasting worldviews: for Chariton, the world is controlled by the goddess Aphrodite who serves as a powerbroker distributing political, economic, and sociological power to agents who use that power for self-serving ends; for Mark, the world is governed by an All-Powerful God who, shockingly, operates from a posture of powerlessness, inviting (not coercing) humans to accept his lordship and urging them to adopt the self-sacrificial, service-oriented program of living that finds its quintessential expression in the historical Jesus of the Gospels.
ISBN: 9781630876494