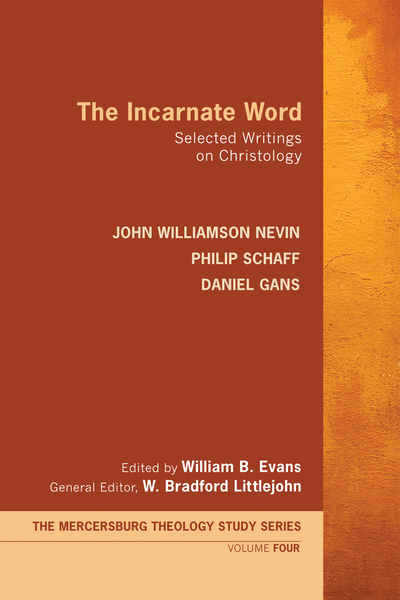 The Incarnate Word contains a selection of the key writings on the doctrines of Christology produced by the theologians of Mercersburg Seminary during the middle of the nineteenth century. Despite the seminary's small stature and marginal position within American religious life, these texts represent some of the most profound wrestlings with the doctrine of the person of Christ that appeared in antebellum America, engaging the latest in German theological scholarship as well as the riches of the Christian tradition. As such, they command more than mere historical interest, providing rich conversation partners for contemporary debates in Reformed Christology, and anticipating the insights of such key twentieth-century theologians as T. F. Torrance. The present critical edition carefully preserves the original texts, while providing extensive introductions, annotations, and bibliography to orient the modern reader and facilitate further scholarship. The Mercersburg Theology Study Series is an attempt to make available for the first time, in attractive, readable, and scholarly modern editions, the key writings of the nineteenth-century movement known as the Mercersburg Theology. An ambitious multi-year project, this aims to make an important contribution to the scholarly community and to the broader reading public, who can at last be properly introduced to this unique blend of American and European, Reformed and catholic theology.
ISBN: 9781630877545