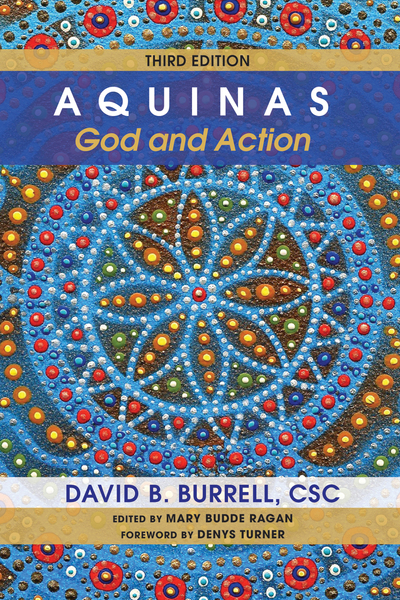 This exploration of Thomas Aquinas's philosophical theology, decidedly "unorthodox" at the time of its original publication, had the good fortune to be employed extensively--notably at Yale and Cambridge--by my eminent colleagues George Lindbeck and Nicholas Lash. It essayed a "non-foundational" reading of the Summa Theologiae, unabashedly beholden to Wittgenstein, thereby preparing the way for a postmodern yet thoroughly traditional appreciation of the central role which Aquinas played in adapting Hellenic thought to form the hybrid discipline of "philosophical theology." Such a reading proved a welcome alternative to the neo-Thomist attempt to separate "philosophy" from "theology," in an effort to show the wider world that the Catholic faith was "based on reason." While this unfortunate divide has been fixed in the departmental structure of Catholic colleges and universities throughout the world, it was effectively undermined by the universally respected expositor of Aquinas, Josef Pieper, who noted that free creation is "the hidden element in Aquinas's philosophy." However propitious it may have appeared to Catholic apologists in the heyday of modernism to sever "philosophy" from "theology," it would have made no more sense to Aquinas than it could have to Anselm or Augustine before him. Ironically enough, a postmodern sensibility presaged by John Henry Newman in his Grammar of Assent finds the neo-Thomist construction of reason unadulterated by faith to be just that--an abstract construction--after Hans-Georg Gadamer succeeded in showing how any inquiry is fiduciary in its inception, and as Alasdair MacIntyre has reminded us that all inquiry is in fact "tradition-directed," whatever its ostensible attitude towards "tradition." So a "non-foundational" reading of Aquinas was to prove amenable to current philosophers, as well as more faithful to the thought-world of Aquinas himself.
ISBN: 9781532608919