The Battle for Bonhoeffer 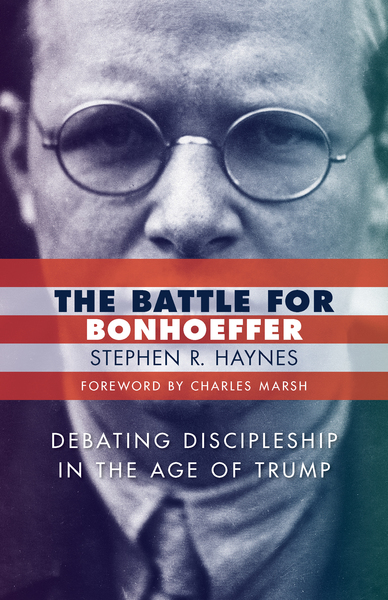 The Battle for Bonhoeffer

Title: The Battle for Bonhoeffer

The figure of Dietrich Bonhoeffer (1906–1945) has become a clay puppet in modern American politics. Secular, radical, liberal, and evangelical interpreters variously shape and mold the martyr’s legacy to suit their own pet agendas.

Stephen Haynes offers an incisive and clarifying perspective. A recognized Bonhoeffer expert, Haynes examines “populist” readings of Bonhoeffer, including the acclaimed biography by Eric Metaxas, Bonhoeffer: Pastor, Martyr, Prophet, Spy. In his analysis Haynes treats, among other things, the November 2016 election of Donald Trump and the “Bonhoeffer moment” announced by evangelicals in response to the US Supreme Court’s 2015 decision to legalize same-sex marriage.