Politics after Christendom: Political Theology in a Fractured World 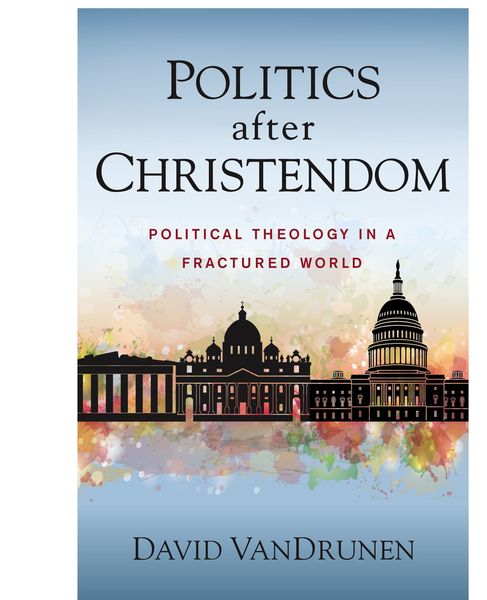 Politics after Christendom: Political Theology in a Fractured World

Title: Politics after Christendom: Political Theology in a Fractured World

For more than a millennium, beginning in the early Middle Ages, most Western Christians lived in societies that sought to be comprehensively Christian--ecclesiastically, economically, legally, and politically. That is to say, most Western Christians lived in Christendom. But in a gradual process beginning a few hundred years ago, Christendom weakened and finally crumbled. Today, most Christians in the world live in pluralistic political communities. And Christians themselves have very different opinions about what to make of the demise of Christendom and how to understand their status and responsibilities in a post-Christendom world.

Politics After Christendom argues that Scripture leaves Christians well-equipped for living in a world such as this. Scripture gives no indication that Christians should strive to establish some version of Christendom. Instead, it prepares them to live in societies that are indifferent or hostile to Christianity, societies in which believers must live faithful lives as sojourners and exiles. Politics After Christendom explains what Scripture teaches about political community and about Christians' responsibilities within their own communities.

As it pursues this task, Politics After Christendom makes use of several important theological ideas that Christian thinkers have developed over the centuries. These ideas include Augustine's Two-Cities concept, the Reformation Two-Kingdoms category, natural law, and a theology of the biblical covenants. Politics After Christendom brings these ideas together in a distinctive way to present a model for Christian political engagement. In doing so, it interacts with many important thinkers, including older theologians (e.g., Augustine, Aquinas, and Calvin), recent secular political theorists (e.g., Rawls, Hayek, and Dworkin), contemporary political-theologians (e.g., Hauerwas, O'Donovan, and Wolterstorff), and contemporary Christian cultural commentators (e.g., MacIntyre, Hunter, and Dreher).

Part 1 presents a political theology through a careful study of the biblical story, giving special attention to the covenants God has established with his creation and how these covenants inform a proper view of political community. Part 1 argues that civil governments are legitimate but penultimate, and common but not neutral. It concludes that Christians should understand themselves as sojourners and exiles in their political communities. They ought to pursue justice, peace, and excellence in these communities, but remember that these communities are temporary and thus not confuse them with the everlasting kingdom of the Lord Jesus Christ. Christians' ultimate citizenship is in this new-creation kingdom.

Part 2 reflects on how the political theology developed in Part 1 provides Christians with a framework for thinking about perennial issues of political and legal theory. Part 2 does not set out a detailed public policy or promote a particular political ideology. Rather, it suggests how Christians might think about important social issues in a wise and theologically sound way, so that they might be better equipped to respond well to the specific controversies they face today. These issues include race, religious liberty, family, economics, justice, rights, authority, and civil resistance. After considering these matters, Part 2 concludes by reflecting on the classical liberal and conservative traditions, as well as recent challenges to them by nationalist and progressivist movements.