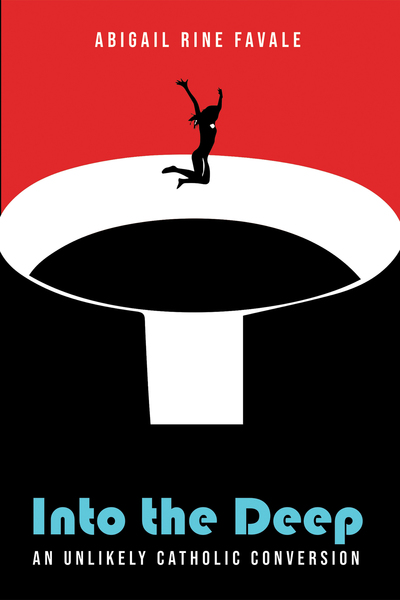 Title: Into the Deep

Into the Deep traces one woman's spiritual odyssey from birthright evangelicalism through postmodern feminism and, ultimately, into the Roman Catholic Church. As a college student, Abigail Favale experienced a feminist awakening that reshaped her life and faith. A decade later, on the verge of atheism, she found herself entering the oldest male-helmed institution on the planet--the last place she expected to be.  With humor and insight, the author describes her gradual exodus from Christian orthodoxy and surprising swerve into Catholicism. She writes candidly about grappling with wounds from her past, Catholic sexual morality, the male priesthood, and an interfaith marriage. Her vivid prose brings to life the wrenching tumult of conversion--a conversion that began after she entered the Church and began to pry open its mysteries. There, she discovered the startling beauty of a sacramental cosmos, a vision of reality that upended her notions of gender, sexuality, identity, and authority. Into the Deep is a thoroughly twenty-first-century conversion, a compelling account of recovering an ancient faith after a decade of doubt.
ISBN: 9781532605024