The Genealogical Adam and Eve: The Surprising Science of Universal Ancestry 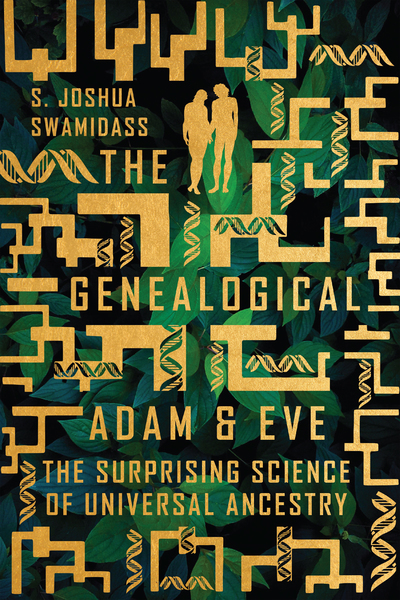 The Genealogical Adam and Eve: The Surprising Science of Universal Ancestry

Title: The Genealogical Adam and Eve: The Surprising Science of Universal Ancestry

Evolutionary science teaches that humans arose as a population, sharing common ancestors with other animals. Most readers of the book of Genesis in the past understood all humans descended from Adam and Eve, a couple specially created by God. These two teachings seem contradictory, but is that necessarily so? In the fractured conversation of human origins, can new insight guide us to solid ground in both science and theology? In The Genealogical Adam and Eve, S. Joshua Swamidass tests a scientific hypothesis: What if the traditional account is somehow true, with the origins of Adam and Eve taking place alongside evolution? Building on well-established but overlooked science, Swamidass explains how it's possible for Adam and Eve to be rightly identified as the ancestors of everyone. His analysis opens up new possibilities for understanding Adam and Eve, consistent both with current scientific consensus and with traditional readings of Scripture. These new possibilities open a conversation about what it means to be human. In this book, Swamidass untangles several misunderstandings about the words human and ancestry, in both science and theology explains how genetic and genealogical ancestry are different, and how universal genealogical ancestry creates a new opportunity for rapprochement explores implications of genealogical ancestry for the theology of the image of God, the fall, and people "outside the garden" Some think Adam and Eve are a myth. Some think evolution is a myth. Either way, the best available science opens up space to engage larger questions together. In this bold exploration, Swamidass charts a new way forward for peace between mainstream science and the Christian faith.
ISBN: 9780830865055