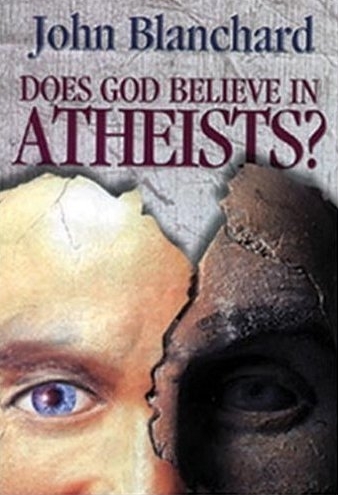 Title: Does God Believe in Atheists?

The scope of this eBook is impressive and broad, and the precision of its arguments is thorough and accurate. In this eBook, John Blanchard exposes the intellectual failures of Atheism, starting with the Greek philosophers like Socrates through the existentialism of Sarte and Camus. Blanchard attacks Darwinism in its present form, displaying its fradulant claims and philosophical rationales. He also reveals the weaknesses and fallacies of nine world religions and fourteen major cults. Despite its massive scope, Does God Believe in Atheists? is readable and fascinating. Blanchard has done Christians and atheists a good service through his exhaustive research and well-written prose.