Necessity of Prayer, The 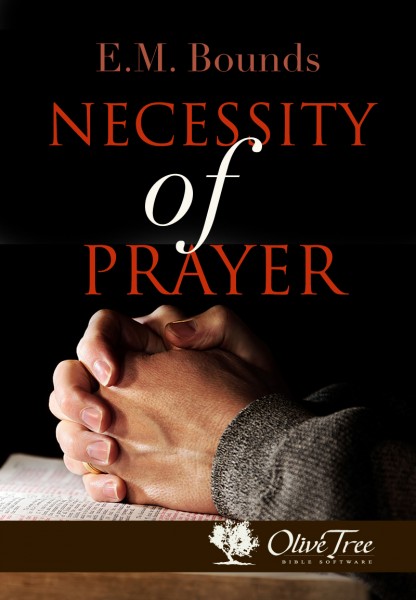 Necessity of Prayer, The

Title: Necessity of Prayer, The

In this classic eBook on prayer, author E. M. Bounds paints a clear and complete picture of The Necessity of Prayer. The book's fourteen chapters develop the relationship between prayer and faith, trust, desire, fervency, importunity, character, conduct, obedience, vigilance, the Word of God, and the House of God. Concerning Bounds' unceasing burden for prayer, Claude Chilton, Jr. wrote, "He prayed because the needs of the world were upon him. He prayed for long years, upon subjects which the easy-going Christian rarely gives a thought, and for objects which men of less thought and faith are always ready to call impossible." It is difficult to read one chapter of a book by E. M. Bounds without being impressed with the overwhelming need for prayer in this world and with the great privilege believers have in being able to approach with boldness the throne of grace and to take God at His word.