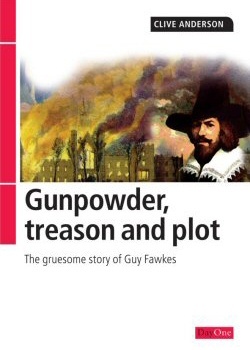 The year is 1605 and England is in crisis as terrorists plot to blow up the King, the Royal Family and Parliament in one gigantic explosion in Westminster! If the plot had succeeded England, Europe and the subsequent history of the world would have been very different - there would have been no King James Bible, no Pilgrim Fathers, and the dominant language of the world would probably have become Spanish. On the 400th anniversary of the plot, read how powerful nations and famous figures of history were caught up in the unfolding drama.

Additional Information - Features published to coincide with the 400th anniversary of the Gunpowder Plot. - Illustrated throughout with pictures and diagrams. - Fascinating story, not often told at the popular level such as this. - Author has a thorough knowledge of the subject and communicates it with enthusiasm and application. - Book is unique in its class

Author Details Clive Anderson is the Pastor of the Butts Church in Alton, Hampshire, and a member of The British Museum Society, The British School of Archaeology in Iraq, The Egyptian Exploration Society and The Tyndale Society. He leads tours to the Middle East and Egypt and is the author of 'Travel with C. H. Spurgeon', 'Opening up Nahum' and co-author with Brian Edwards of 'Through the British Museum with the Bible', published by Day One. He and his wife, Amanda, have one son.